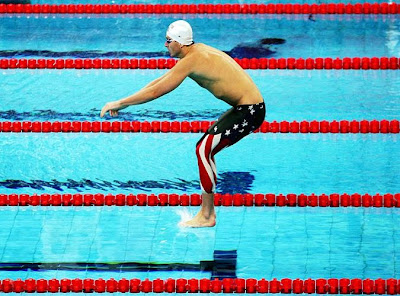 And when evening came, the boat was out on the sea, and he was alone on the land. And he saw that they were making headway painfully, for the wind was against them. And about the fourth watch of the night he came to them, walking on the sea. He meant to pass by them, but when they saw him walking on the sea they thought it was a ghost, and cried out, for they all saw him and were terrified. But immediately he spoke to them and said, “Take heart; it is I. Do not be afraid.” And he got into the boat with them, and the wind ceased. And they were utterly astounded, for they did not understand about the loaves, but their hearts were hardened. Mark 6:47-52

When I was in high school, my senior year I was on the swim team. It was the first year that girls by law could participate in varsity sports. We had a tough coach, but he taught us the basics and encouraged us despite the challenges, and the changing times. There were two of us on the team, one swimmer (me), and one diver. We weren't treated special, just like one of the boys - we didn't care- we were just grateful to be in the water in the middle of winter. We felt lucky and knew it was cool that we could walk home with wet hair and watch it freeze because we were participating at a level not experienced by girls in high school here before. So many things have changed and progressed since then. Seems like the dark ages. For a brief moment we felt extraordinary - like one day we too could walk on water. But really, our lives went on and we both remained well grounded on the earth.

Jesus walked on the water, ready to pass the boat with the disciples right by. But they were afraid and he had to stop and quiet down their fears and remind them that they were loved and cared for. They were so undone by his water walking that they thought ghosts were attacking them. The extraordinary possibilities overwhelmed them. they were afraid of leaving the solid ground that they had known all of their lives. They feared stepping out, sinking, freezing in the exposed night air. We all fear the extraordinary, from time to time, and fear can keep us from stepping out and seeing life in whole new ways, full of possibilities. Today, God invites us to imagine more that what we know and live as if Jesus were walking by us today.

I ask God to help me live with the hope and possibility that is promised in the Gospel. The hungry were fed, the sinking rescued and the fear given a glimpse of possibilities and hope. I pray we can all be agents of God's possibilities and that we can step out in faith to embrace what was once impossible.
Posted by mamabishop at 10:58 AM