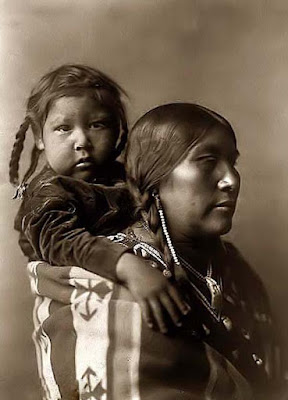 From there Jesus set out and went away to the region of Tyre. He entered a house and did not want anyone to know he was there. Yet he could not escape notice, but a woman whose little daughter had an unclean spirit immediately heard about him, and she came and bowed down at his feet. Now the woman was a Gentile, of Syro-phoenician origin. She begged him to cast the demon out of her daughter. He said to her, “Let the children be fed first, for it is not fair to take the children’s food and throw it to the dogs.” But she answered him, “Sir, even the dogs under the table eat the children’s crumbs.” Then he said to her, “For saying that, you may go—the demon has left your daughter.” So she went home, found the child lying on the bed, and the demon gone.
Then he returned from the region of Tyre, and went by way of Sidon towards the Sea of Galilee, in the region of the Decapolis. They brought to him a deaf man who had an impediment in his speech; and they begged him to lay his hand on him. He took him aside in private, away from the crowd, and put his fingers into his ears, and he spat and touched his tongue. Then looking up to heaven, he sighed and said to him, “Ephphatha,” that is, “Be opened.” And immediately his ears were opened, his tongue was released, and he spoke plainly. Then Jesus ordered them to tell no one; but the more he ordered them, the more zealously they proclaimed it. They were astounded beyond measure, saying, “He has done everything well; he even makes the deaf to hear and the mute to speak.” Mark 7:24-37

I am in New York this week for the United Nations Committee on the Status of Women (UNCSW62). We had an opening prayer service where more than 100 women from all over the world gathered to sing and pray together. These are mothers and daughters, grandmothers and grandchildren, women and men together, asking God for peace, inclusion and understanding. There is hope, joy and persistence in every one of the gathered. There is a loving passion for justice in every face, faces who have looked on injustice and exclusion for far too long.

A Syro-phoenecian woman confronts Jesus. She is an outsider to the faith and a woman. She has broken all the taboos to talk with Jesus and ask for healing for her child. He challenges her back with the cultural restrictions  the day, but still she persisted. Love made her bold. The fierce and undying love of a mother or father teaches us how to be faithful. God invites us to have that fierce love that never backs down. We are asked to love everyone as if they were our child, our grandchild, fiercely and persistent in the face of cultures and powers who would silence women and marginalize all who are outsiders.

Today, I ask God to help me be fierce like the mother in our Gospel today. May we be life protectors, the ones who persist in loving those who have been abused, marginalized and silenced.
Posted by mamabishop at 6:08 AM